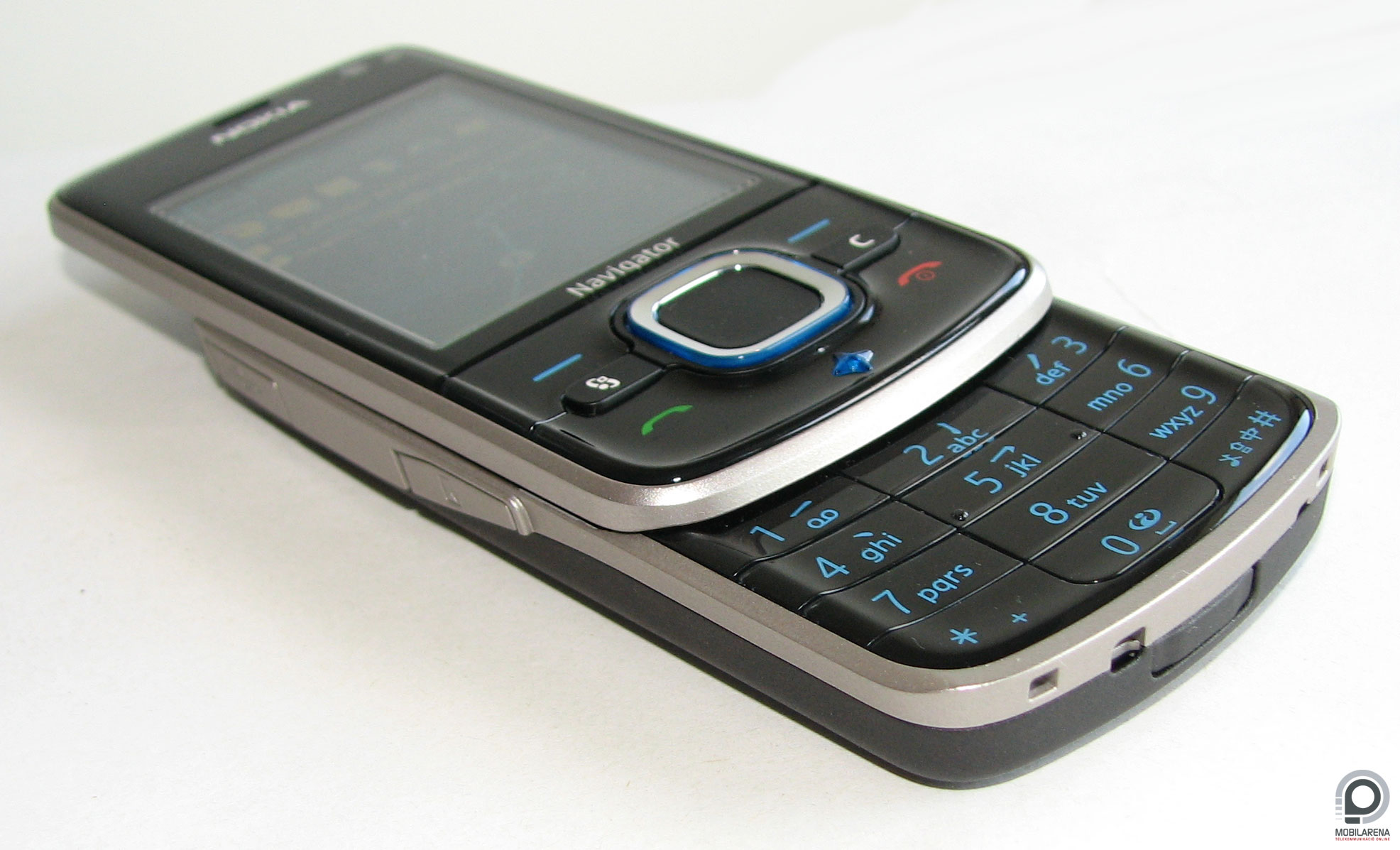 Great display, but still on the small side for in-car nav. You may rest assured that communication is well taken care of in the Navigator. Reception is crystal clear on both ends of a call and we experienced no reception issues for the time of testing. Thanks to the accelerometer, users can enjoy the turn-to-mute feature in Nokia Navigator. The numbers on the display when dialing are large and easy to see. Here is how Nokia Navigator stacks against some of the other handsets we've measured in our speakerphone loudness test.

It is certainly louder than its predecessor, but still falls behind some of the great performers we've encountered.

More info on our test here. Nokia Navigator runs on the Symbian 9. Feature Pack 2 is aboard, bringing both visual and performance upgrades. The S60 user interface. The first thing to notice is the new Active standby screen, which now allows quick access to a lot more features.


The standby toolbar can display in vertical tabs with the D-pad used for scrolling. Other than that, its functionality isn't greatly modified. A new layout option for the Active standby mode. Active standby is a convenient way of bringing shortcuts to all favorite applications to your home screen.

You can even assign shortcuts to websites of your choice for quicker access. The two soft keys' functions can also be varied as users prefere. The task manager has also received visual enhancements and is now appearing on every pop-up menu. It is actually placed on top of every list, which can sometimes be too much. In addition, you can still use the well-known shortcut by pressing and holding the menu key. The task manager has been visually enhanced.

Animations are now available when browsing the menus. Fading in and out of the camera viewfinder looks very cool and really is an eye-catching touch to the camera interface. Memory Full warnings are not something you can expect on the Nokia Navigator screen. Navigating the menus is fast with instant response to user commands. The blue circle next to the icon of a running application is a well known Symbian indication reminding users to quit unwanted applications that are still running in the background.

Blue circles appear to indicate applications running in background. Nokia Navigator has MB of built-in memory, which is a decent count.

Accessing applications or files from the memory card is quick and you probably won't notice a big difference compared to accessing content on the phone memory. The Nokia Navigator main menu offers four different view modes.

Where to Buy Nokia Phones